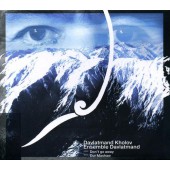 Davlatmand Kholov Ensemble (Tajikistan).
The ensemble performs classical Tajik music, the traditions of which have developed over ten centuries. Davlatmand is an Usto - master. This title is not given by the authorities or officials, this title can only be achieved popular acclaim. Davlatmand Kholov began his musical education with a traditional Tajik violin jacket. Then he entered the Dushanbe Conservatory, where he studied piano, violin and clarinet. One of the teachers of davlatmand Was Jurabek Murdov, not only a musician, but a composer who wrote music for more than 300 songs. Davlatmand is the winner of the state prize of the Republic of Tajikistan named after Abuabdullo Rudaki in the field of literature, art and architecture. In addition to being An outstanding singer, davlatmand is also a wonderful instrumentalist, who owns almost all Tajik instruments. When one of the performers in his orchestra cannot play a complex part, he takes the instrument and immediately shows how to play. After studying, Davlatmand returned to his native Kulyab and, following the traditions of his family, turned to Tajik classical music. In his travels through the Pamirs and Badakhshan, he collected many traditional melodies, this is how a person becomes a master, as the Russian poet Velimir Khlebnikov wrote: "...and the army songs will lead the surf market in the fight." A musician, a singer is not alone in front of the listener, around him, in the invisible world poets, composers, teachers, ascetics, who for centuries cultivated the space of the spirit. Davlatmand Kholov plays Sufi music, it can be called such, as it is based on songs based on poems of Sufi poets: Jalaluddin Rumi, Hafiz, Rudaki. We were lucky: we can listen to this music in its most authentic version as it could sound eight hundred years ago, because the instruments in the ensemble, ancient, and their shape and sound remained unchanged for several centuries. Of course, to live any art needs evolution, and we can see that from concert to concert the music of Usto davlatmand Becomes more complex and refined. — For a real sage, music is a way of communion with God, prayerful ecstasy and service, and this applies to both the performer and the listener. Islamic scholar Sayd Nursi wrote: "As people need the Truth, there is also a need for pleasure. The sounds and voices that awaken in man sublime feelings and love for God are permitted, the same sounds that awaken orphan sadness, hopelessness and depression, selfishness or animal passion, are forbidden." Classical traditional Tajik music is based on the musical form called "shashmakam" and it is related to Uzbek music. As for the music of southern Tajikistan and the Pamirs, there is the most common musical genre – "Falak" ("Falak"), now this music is performed on holidays, weddings and other celebrations. Roots music Falak VNA takes a few centuries ago, there is an assumption that this music is in the pre-Islamic world, as well, and now, ipolzovat for healing mental diseases. A musician, an outstanding musician, such as Davlatmand, is like a lens that focuses sunlight and thus ignites the hearts of listeners. The world of music is not only our conscious notes and rhythms, a huge layer of information comes to the listener with great speed through the world we often do not realize. This is called the transmission of tradition or nonverbal knowledge. Not many musicians in the world. playing ethnic music, were able to reach the level of such a uneversal language, understandable to everyone: Rabbi Shankar, Nusrat Fateh Ali Khan, Jivan Gasporyan, Kudsi Erguner, Davlatmand Hollov. Davlatmand admirer of the poetry of Jelaluddin Rumi, Rumi poems have become songs that I sing from Damascus to Andizhan. It must be said that Islam in Tajikistan tends to mystical rather than Orthodox forms and this mysticism has long been woven into the fabric of national culture. Davlatmand is actually a Reviver and popularizer of poems and philosophy of Mevlana Rumi. There is a legend according to which the musical instrument rubob was invented by the poet and mystic Jalaluddin Rumi. Davlatmand says: "We people of the mountains, that's why we love Falak – music of the mountains. Falak is the language of our innermost feelings, the language we learned from the wind, the rocks and the blue skies. When I was young, I loved to sing when I was riding a horse or donkey in the field, carrying my father's lunch. I sang Falak and as I passed the mountains I heard the echo of the Budo mountains answering me." The dance of Falak consists of rotational movements, as in the dance of Mevlevi dervishes the dancer takes a conscious part in the rotation of the earth, planets, stars and the whole universe, it reflects the rotation of the celestial spheres, time and fate, it is a call when a person turns to the Heavens and receives a response as an echo. In the song "Drunken Vagabond", to the poems of Jelaluddin Rumi, the singer appeals to our souls: