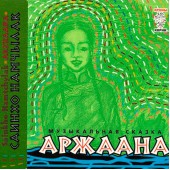 Sainkho Namtchylak owner of a unique voice and acting skills, is widely known as a performer of ethnic and avant-garde music.

Sainkho Namtchylak is a Tuvinian singer living in Austria. From her youth, from the time of her studies at the Gnessinski Music School, Sainkho participated in various musical projects and went on concert tours around the world.

Although that Sainkho Namtchylak lives in Europe, she often comes to Russia to take part in musical or theatrical projects, and as well as an expert in over genres of Modern Arts.