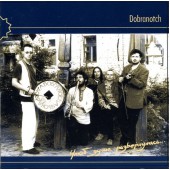 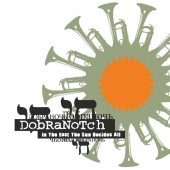 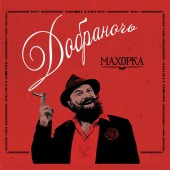 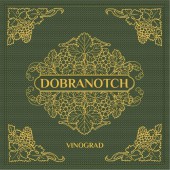 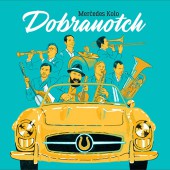 Dobranotch, an odd local folk band that blends Balkan folk, Klezmer music and Arab rhythms, is a far cry from the Irish-folk trio that it was when started out in the late 1990s. On its third album, "GAGARIN CHOCHEK," the band documents its new style and lineup.

"We mix Moldovan and Balkan elements with Jewish and Oriental ones," said violinist Mitya Khramtsov, Dobranotch's sole original member. The musical blend comes from the mix of people in the band that now features Lebanese percussionist Ussama Shakhin, while the conservatory-educated accordion player Andrei Sapkevich comes from Moldova, where his father was a self-taught folk violinist, and played at Moldovan weddings. Khramtsov provides the Jewish musical influence in the band's unique sound.

"I was studying Klezmer from recordings and reading music, and from people I met on tours in Europe and even more at KlezFest [the annual local Klezmer festival and seminar] where musicians come from everywhere and mix with locals," said Khramtsov, who is half-Jewish. "My family was not traditionally Jewish, though there was a certain atmosphere. I've always been interested in the Jewish culture, and even when we played Irish folk, we had one Jewish tune." Zheka Lizin on cimbalom and Alexei Stepanov on tuba studied and performed Klezmer in an amateur band at the Jewish Community Center.

"We try to learn from each other," said Khramtsov. However, after over two years with Shakhin, Dobranotch has showed some success in adapting broadly defined "Oriental" elements, and even occasionally feature a belly dancer in its show. Khramtsov started out in blues and rock bands as a university student. In the mid-1990s he enjoyed a stint with Markscheider Kunst as a harmonica player and played with other folk-rock acts in pubs.

"It was American-style folk rock, with songs in English," he said.

Dobranotch formed in 1997 in Nantes, France, where its would-be members were "in search of Celtic music," as the band's official biography puts it, but were actually busking. Khramtsov said he went to Europe to avoid the army draft. The the members of the original band, Khramtsov, Oleg Drobinsky and Stas Zubtsov, concentrated on Irish folk tunes. "It's wrong to only reduce [going abroad to a matter of] earning money - [the experience] also matters," said Khramtsov, whose band is notorious for its lengthy European tours. "Folk music implies communication. A rock musician might just be inspired, compose a song and sing it, but in folk you should join in with a traditional culture, and that mostly happens when you are on the road." The band recorded and self-released its debut CD, "Musique Russe & Yiddish," in France in 1999. "It had an immigrant touch; we were abroad, homesick," said Khramtsov. "We played folk music from different countries and styles - Celtic, French, whatever - but we decided to concentrate on one style, so it was mostly Odessa-style Jewish urban-folk music." For the second album, 2001's "Chtob Dusha Razvernulas" (Let the Soul Unfold), the band, which then performed with a female singer, Natalya Smirnovskaya, attempted to combine Russian folk songs and Balkan-style instrumentation. "It was an experiment," said Khramtsov. "I don't really know what came out. Russian songs are so northern, while Balkan music is so southern, we tried to bring them together." Dobranotch mainly performs at underground rock clubs where its audience frequently feels the urge to get up and dance. "We like people to dance; it feels like a wedding," said Khramtsov. "Even if we try to play a slow number, it speeds up, all by itself... We just want to play good, fun music." Sergey Chernov, St.Petersburg Times