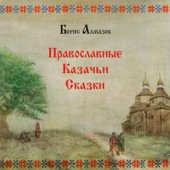 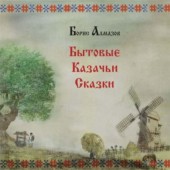 Boris Almazov comes from an ancient Cossack family, the mention of which dates back to the XVII century. Mother’s grandfather, Vissarion Lvovich Lopukhin, was a priest and teacher in a stanitsa school. Father’s grandfather graduated with honors from the gymnasium and could be without admission to the university, where he was torn with all his heart, but he had to study in the cadet school: the father was afraid that his son would become “political”. Boris's father before the war, he studied at the music school, he had a beautiful bass. Mom could not get higher education: as a daughter of a priest, she was considered “deprived of her rights”, but she started the war with a doctor “with three cubes in buttonholes”.

Boris Almazov is the author of many short stories and short stories for schoolchildren, historical novels, thematic encyclopedias for adolescents and adults, autobiographical memoirs, as well as more than a hundred songs on his poems. He also owns a fabulous legend for children “Blue Flowers” ​​and a fairy tale for younger school age “Sineva”, which tells about a modern second-grader schoolchild, about friendship, and also about what needs to be done and how to make dreams come true .

In 1990, Almazov began to participate in the revival of the Cossacks and gradually became almost an ideologue of the Russian Union of Cossacks. First, he was elected the first ataman in St. Petersburg, and after - the ataman of the entire North-Western District of the “Cossack Union”. Helping immigrants from the Far North, Almazov developed a special program, which he submitted to the Government of the Komi Republic, where it was approved. The implementation of this program has yielded positive results. In 1996, Almazov was appointed head (minister) of the representative office of the Republic of Komi in the North-West region that opened in St. Petersburg and worked in this position until 2002.