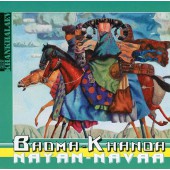 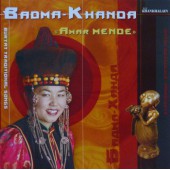 Badma-Khanda Ayusheeva - a performer of Buryat folklore, folk songs and modern Buryat music, is well known in Buryatia and Mongolia. Her songs can be heard on the radio and TV. Concerts with her participation are a frequent and popular event. The voice of the singer sounds fascinating and can make even a stone cry, in her songs the piercing beauty and vastness of the immense Mongolian steppes - the dancing wind of the steppe, pinching the tenderness of the spring flowers and the power of the clear starry sky - all this can be heard in the tints of her wonderful voice. Badma-Khanda was born into a family of Shenahen buryats who lived for many years far from their homeland, in China. Only at the age of 13 the singer moved to her historic homeland - Buryatia.

In the range of our music store you can find 2 albums of singer Badma-Handa Ayusheeva. These are the albums of Amar Mende (2004) and Nayan Navaa (2006). Also in the catalog there are records of other performers of Buryat folklore and modern Buryat music - Namgar and Shono. The album of the Shono group was recorded by the group leader Alexander Arkhincheyev in Irkutsk and is of great interest to all fans of modern Buryat music and throat singing.