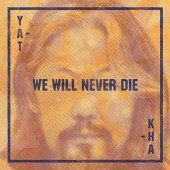 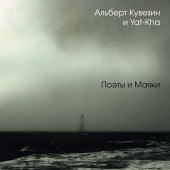 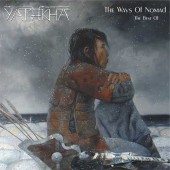 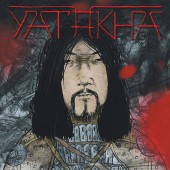 The c group easily changes the composition, adds various musical instruments - all musicians love and are able to improvise. Improvisation is a favorite theme of folk music in general and Tuvan music in particular. And, reading the old songs in a new way, the group rather emphasizes and reinterprets its ethnic component than denies it; there is a deep synthesis of the traditional and modern view of music.

Guitar riffs Kuvezin are also close to the Tuvan musical tradition. About twenty years ago, Albert discovered the similarity of Tuvan folk music with the melodic rock and blues. This allowed the band to sound familiar and recognizable to the European public, while remaining within the musical tradition of Tuva. Albert Kuvezin's vocals are very unusual. On the one hand, his vocal unambiguously refers to the lowest style of throat singing - kargyraa. On the other hand, the kargiraa of Kuvezin is so unique that the representatives of the musicological community of Tuva themselves find it difficult to more accurately classify, conditionally referring its performance to kanzat kargiraa. It is widely believed that Kuwesin's voice is the lowest on Earth, but, in fact, it is not. However, the lack of this record does not diminish the beauty, softness and velvet rolling of his voice in the ultra-low range. The vocal of Kuvezin, once heard, it is impossible not to find out - he is one.

Equally unique is the band's drummer Yevgeny Tkachev, nicknamed for his strong portrait resemblance to Rasputin. His shamanic rhythms introduce spectators into a real hypnotic trance. Gradually and gradually capturing attention, the energy and emotionality of his drums fill the space with the sensation of a primitive coven at the night fire, when a person becomes himself, real and sincere. After such an indomitable drive it seems that nothing is impossible in the world. In addition, Yevgeny Tkachev has his own solo project called Opycham (white shaman), in which Eugene examines the ambient and new age textures, combining meditative percussion and fusion with authentic ancient texts of spiritual verses performed by the Old Believers of Tuva living in the Upper Yenisei.

Yat-Kha successfully tours abroad, performs at festivals Roskilde, Reading, WOMAD, Glastonbury and records albums in France, England, USA, Canada, Finland.
The group is very popular in Siberia, where it is the constant headliner of large international festivals, for example, such as "Siberia World" or the Krasnoyarsk Festival of the countries of the Asia-Pacific region.