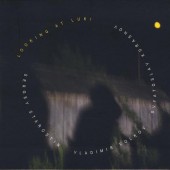 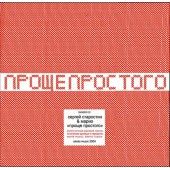 Sergey Starostin is a musician, a tireless explorer, a talented master. He is a brilliant Russian folk and jazz musician, singer and multi-instrumentalist. He’s been collecting and studying Russian folk songs for many years now – going around on his folklore expeditions he has gathered and preserved almost 3000 songs. Thus he is not simply a performer but also a serious explorer of the folklore who sees a number of phenomena from his own unique perspective. As a musician Starostin manages to combine amazingly the traditional approach to studying and performing folklore songs with the modern and sometimes vanguard music trends. He is the author of a number of music projects, and was also nominated for the World Music Awards 2003, bestowed annually by the BBC to the most fascinating world musicians working in the area of ethnic music.

Sergey Nikolaevich Starostin was born in Moscow in 1954. His first encounters with the roots of Russian culture came about thanks to his family. His parents were people of ‘the generation that used to leave the villages looking for new opportunities in the city’ yet he was brought up in a family environment where Russian folklore traditions were well remembered and preserved. Sergei used to sing from early childhood, he sang in a boy’s choir. In 1981 he graduated from the Moscow Conservatory where he studied clarinet.

Sergey started studying the Russian folklore traditions while he was still a university student. After finishing the first year in University he went on an Ethnologic expedition in the Ryazan area where he heard the singing of an elderly local village woman – she had the amazing ability to not simply sing but rather, as the theoreticians would say, create an astonishing ‘musical image of the song’. Sergei was amazed not simply by the timbre of her voice which had a typical folklore and very natural sound but also by the fact that even not having the suitable music education she could sing in such a persuasive and ‘professional’ manner.

So for the following four years Sergey worked with the folklore ensemble of the Conservatory and after the compulsory army service he went back to Conservatory to work in the Folklore laboratory. His duties there involved preserving, describing and classifying the data collected at the folklore expeditions. Naturally, he himself traveled around many villages too. Thus apart from his interest in singing Sergei also developed an interest in folklore wind instruments. These were already scarce at the time. Yet Sergey was lucky. He managed to find and bring back to life a number of folklore instruments that were an artifact: the horn of the Tver area that he plays today, the kalyuka – an overtone flute, gusle (a bowed string instrument) and a number of others. Sergei’s nickname Grandpa originated from his image – he has a grayish beard and blue eyes sparkling with the love for the traditional musical instruments – zhaleika, kalyuka, low wistle, pyzhatka, gusle and flute.

In the process of finding and bringing back to life these folklore instruments, which had acquired the status of artifacts, Sergei noticed that playing those instruments so as to make music flow was not easy at all. He spent five years studying how to play the horn before he ventured to make a duet with a shepherd. After he acquired some knowledge and experience Sergei started playing with a number of folklore ensembles including Bylina, Slavici and others. He’s been experimenting with the band Alliance who mixed rock music with folklore rhythms and harmonies.

This is when he started collaborating with the famous Norwegian vocalist Mary Boine who was a famous world music singer. As a vocalist and instrumentalist Sergey Starostin has had the chance to work also with the renowned Armenian musician Djivan Gasparyan (who plays the duduk), Inna Jelannaya, the rock musician Leonid Fedorov (who played previously with the rock band AuctIon), the Church-slavonic choir Sirin, Olga Arefevaya. He participated in the projects of the Moscow Art Trio (Sergey Starostin, Mikhail Alperin and Arkadijh Shilkloper), played with Huun-Huur-Tu, Volkov Trio, and others.

Since 1987 Starostin has been working in the radio without ever interrupting his career as a musician. He had his own radio show that presented Russian traditional culture. In the years between 1991 and 1998 he worked in television where he was the main director of a TV show called ‘World village’.

Today Sergey Starostin has accumulated a huge amount of materials and he thinks it’s time that he shares them with a larger audience since they represent a very important part of Russian traditions and culture as well as an important piece of people’s consciousness. Unfortunately, the musician notes, few people actually know this tradition well. His greatest wish is to share his treasured songs with the largest possible audience. ‘We are incredibly rich yet we feel content with the poor and pitiful dross we encounter in our everyday lives since it represents what is fashionable. Please do not misunderstand me. I do not claim that this primitive pop-music should be superseded by folklore all over the radio and TV shows. This is impossible and unnecessary. I just believe that every type of music, be it jazz, rock, classical music or folklore should have its own space. The audience, especially young listeners, should know that there are different types of music that do not resemble what they are used to listening. Only after they know this they can choose knowingly, whatever is close to their hearts.’

Starostin is rightfully considered not simply a collector but a serious explorer and an expert in authentic Russian culture. His opinions on a number of folklore phenomena are extremely interesting and are based on his extensive work in this area. Let’s take as an example the original music genre of the ballad. 90% of these songs are sad and sometimes dreadful. In Sergei’s opinion the reason for this is not simply the heavy beat and the phonetics, the chanting sound of the Russian language, but actually the fact that traditional songs were created so as to prevent these dreadful and sad events the song related from happening in real life. This was a magic ritual, in a way.

In recent years Sergey has been part of the outfit Ethnosphere – an inherently unique musical phenomenon on the Russian scene. Ethnosphere is a group of musicians, producers, music patrons, and numerous enthusiasts who have been brought together by their common love for the Russian music and their belief that the culture of their fatherland should go through an evolution. The members of this project say: ‘If there was a ‘Nobel Prize for Russian Folklore’ the first person this award should go to would be Sergey Starostin’.