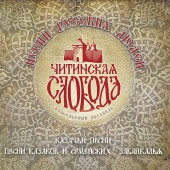 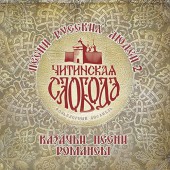 «Chitinskaya Sloboda» sings songs of almost all regions of Russia. It is not only because of love to Russian songs but also because of historical and geographical position. Transbaikalie, as other easten regions of Russia, doesn’t have urban Russian population. There live people from many parts of the country: some wanted to find there a better life, some wanted to find work, the others came here under convoy. They all have brought with them a part of their Motherland – in their language, confession, costumes, rituals and songs. People moved to Russian provinces intensive at that time. Chita wasn’t a town yet. It was sloboda (a big village). The name of  the folk group comes from this word. In our days the ethnography of our region is particolored. As an example is the folk singing and dancing group «Chitinskaya Sloboda». The members of our group are not only direct descendants of newly comers – old believers and Transbaikalien cossacks, but also immigrants from Yaroslavl, Voronezh, Ryazan and Altai Regions in the first and second generation. There is a great number of songs in the repertoire of our group. More than two hundred of them are considered to be the best.

«Chitinskaya Sloboda» sings the songs of Russian people. We listen to the original works attentively and anxiously and try to do our best. And then, in the process of our work, appears the joy which we want to share with our relatives, friends and listeners.